Flux removers are designed to remove flux residues and other contaminants left after soldering operations or repair and assembly of PCBs. Raptor Supplies offers an extensive range of RoHS-compliant G3 and E-Line Series flux removers from Techspray. The hydrocarbon-based Techspray E-Line defluxers are very effective at removing hard-to-clean fluxes baked at lead-free temperatures. These flammable flux removers feature a colourless solvent prepared from a mixture of n-Heptane, 2-propanol, ethanol, methanol, n-propyl acetate, and 1,1-difluoroethane. This solvent evaporates rapidly, does not affect the ozone layer and has a flashpoint of 22 degrees Fahrenheit. The E-Line series flux removers are available in variants with an integrated brush on Raptor Supplies. For use in explosive environments, the brand also provides general-purpose defluxer spays featuring a non-flammable solvent with a boiling point of 102.2 degrees Fahrenheit. These G3 Series flux removers have a powerful spray that blasts off residues to clean sensitive areas / components that may otherwise get damaged by brushing and scrubbing. 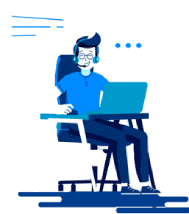 Send us a picture of the item you need